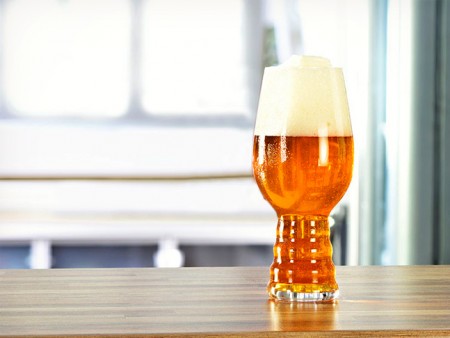 Back in February I heard about these crazy IPA glasses. Designed specifically for India Pale Ales (IPAs), the glasses are a collaboration project between Bavarian glassmaker, Spiegelau, Dogfish Head, and Sierra Nevada. The two big name craft brewers (both known for their delicious IPAs) helped with the design of the glass.

I wanted to publish a post immediately after I heard of them, but they weren’t available yet, and I thought it would be cruel to tease you guys like that. We knew we’d have them eventually, but we were waiting on word of their arrival. Well, that word came yesterday, and we’re stoked to tell you that by clicking here you can grab a pair of the glasses today. 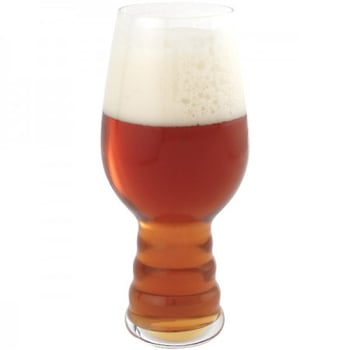 Now, let’s talk about that weird shape that you’re probably all wondering about. Speaking on its design, Sam Calagione of Dogfish Head explained, “As you’re tilting your glass against your face, it creates more resistance to the liquid, which pushes more carbon dioxide gas and hop aromatics out of the liquid and into the balloon-shaped chamber of the upper glass.” The ridges at the bottom work to bring out the flavor by creating more foam.

The Spiegelau website states that the design “showcases the complex and alluring aromatic profiles of American ‘hop-forward’ IPA beers, preserves a frothy head, enhances taste and mouthfeel, and presents a comfortably wide opening for the drinker to savor each beer.”

Matt Rutkowski, Spiegelau Vice President, is a former sommelier who began developing the glass in July of 2011. In that time, Spiegelau developed over 100 prototypes. From those 100, they decided on eight to explore further. 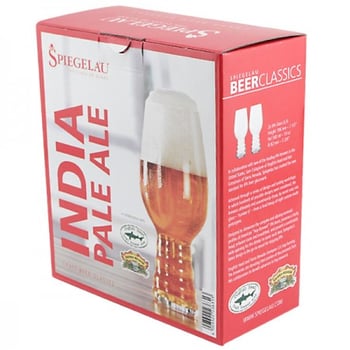 Rutkowski called in Dogfish Head and Sierra Nevada to test the prototypes and help decide on the final design. Each glass was filled with an IPA from Dogfish Head, Sierra Nevada, and Stone Brewery, to be sure they performed consistently with different recipes. The team unanimously decided on the glass you see here.

Now it’s your turn to test its performance. 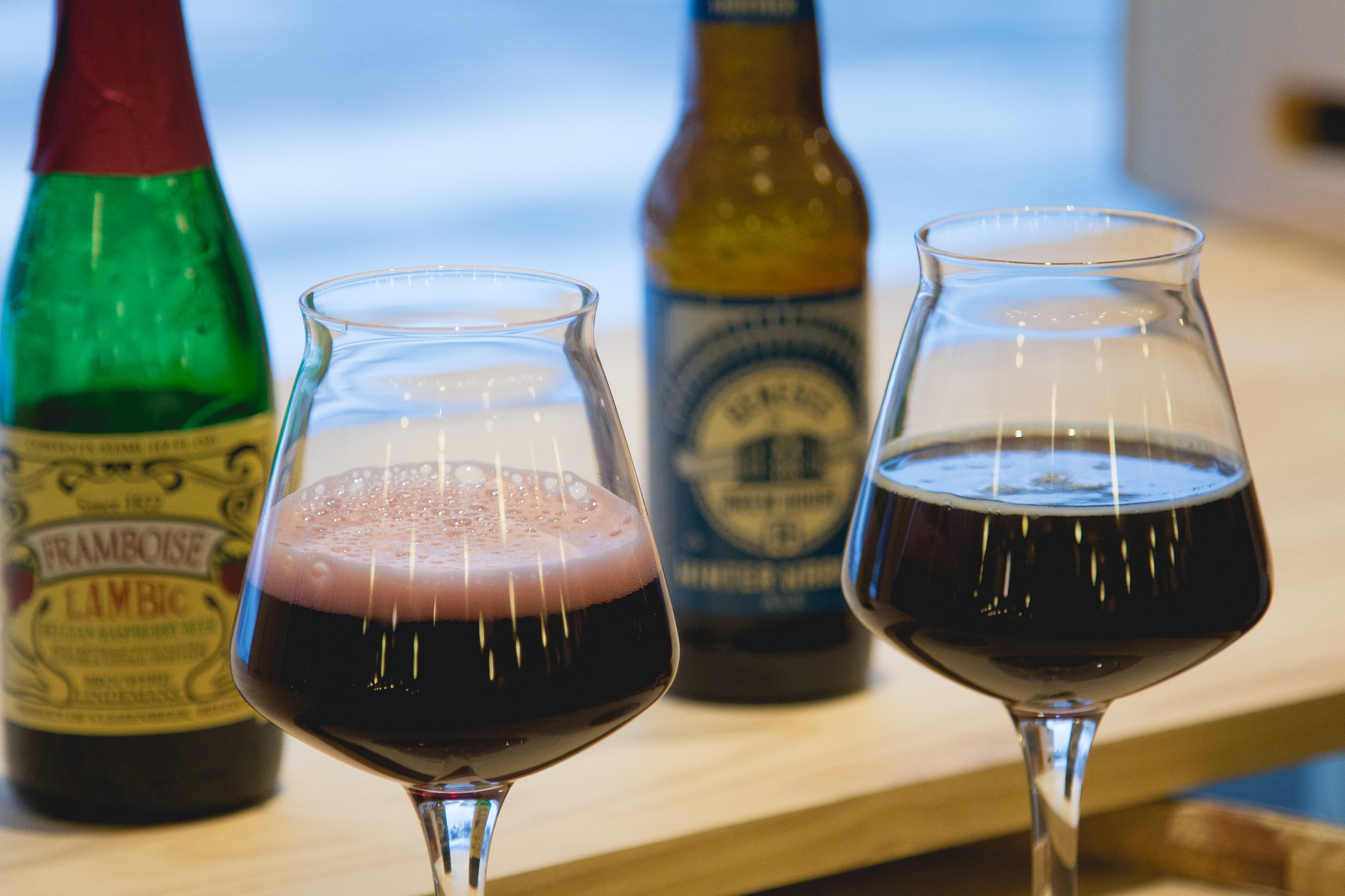 A Honest Review of the Teku Beer Glass 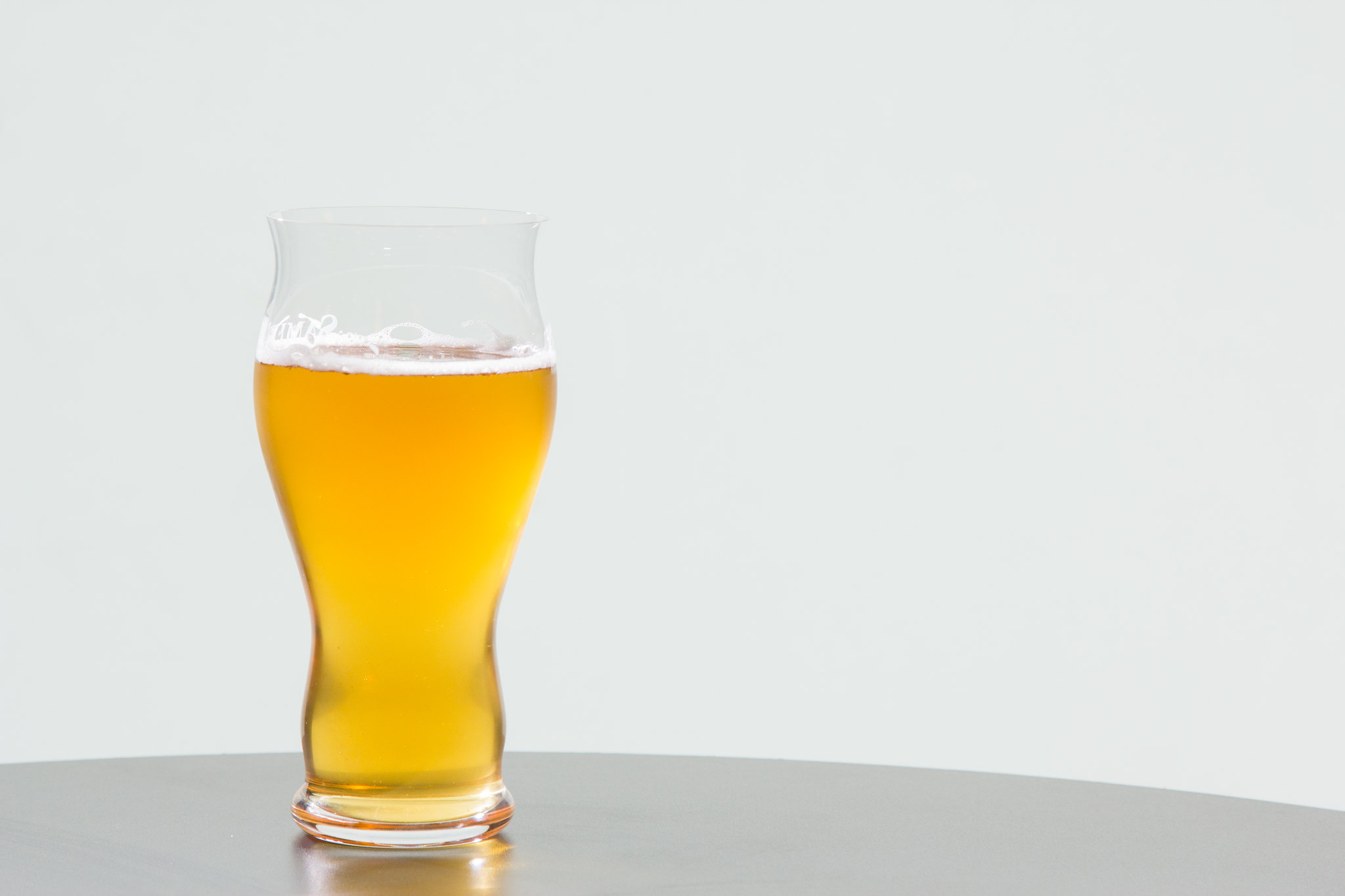 What Is "Beer-Clean" Glassware and How Is It Achieved? 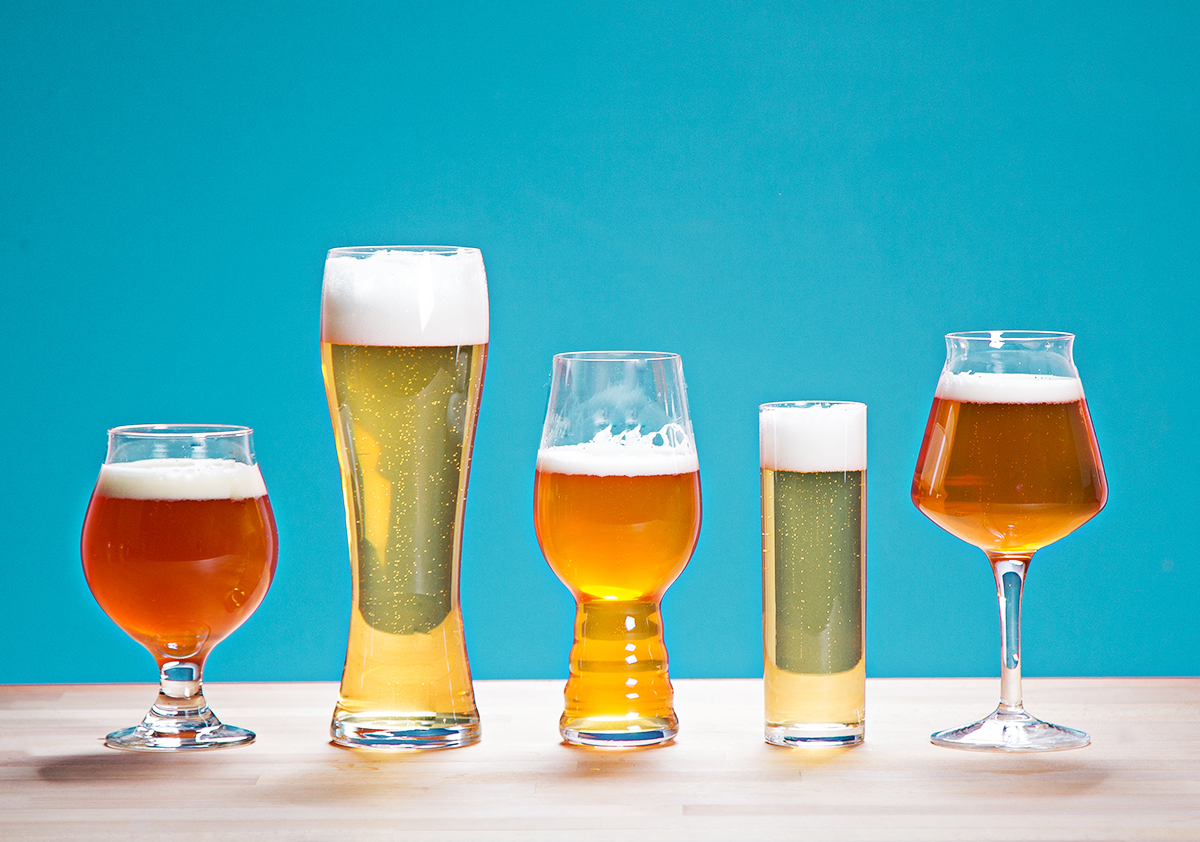