Nick & Nora glasses have become a popular style of glassware on the modern cocktail scene, and this set of six Urban Bar Nick & Nora etched crystal retro cocktail glasses is the perfect addition to your home or commercial bar.

The Nick and Nora glass is a particular style of stemmed bar glassware named after the martini-swilling husband and wife detective team from the 1934 film "The Thin Man". Its sleek, dainty design was popular in the 1930s, and as of late, it has been making a comeback in better cocktail bars across the country for “up” drinks served without ice like martinis, sidecars, daiquiris, boulevardiers, gimlets, and Manhattans.

Featuring an elegant Prohibition era look and feel, the Urban Bar Nick & Nora glasses feature an etched pattern inspired by the bubbles that rise in a sparkling cocktail. The tall walls make it a great spill-proof alternative to a Martini or champagne coupe glasses. At just 5.75 ounces, it perfectly accommodates the volume of an up craft cocktail. Larger glasses look half-empty with the same amount of liquid, to the disappointment of your guests.

The Urban Bar 1920 Prohibition Etched Crystal Nick & Nora Retro Cocktail Glasses are made from FDA approved lead-free crystal with a laser tread rim to resist chipping and is dishwasher safe. This set of 6 Nick and Nora glasses is a great gift for the cocktail enthusiast. 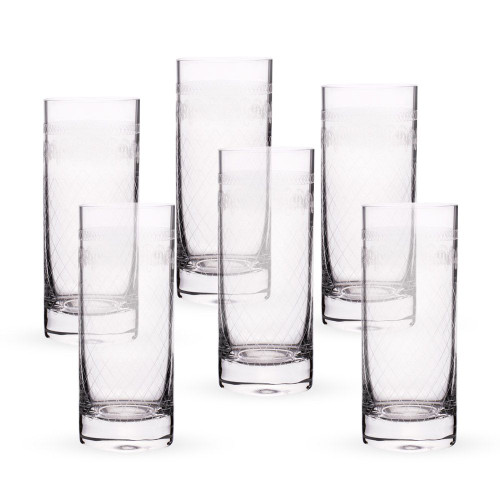 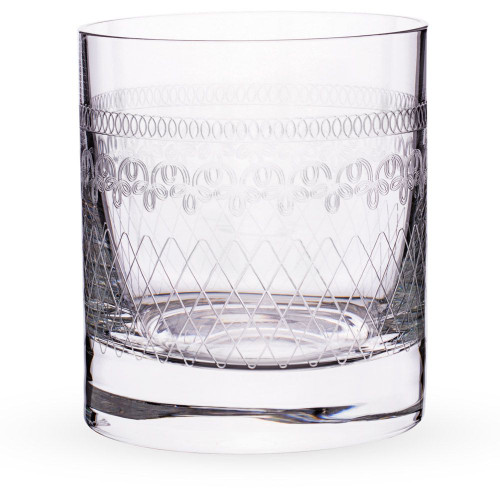 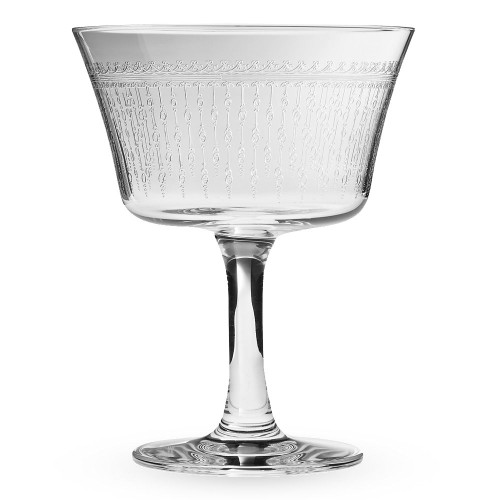